Save Yourself From an IRS Audit with These 6 Tips

Around February, my commute home starts to give me a knot in my stomach. That’s because my bus passes a tax-preparation shop where, as tax season draws nearer, a woman stands outside wearing a Lady Liberty costume and holding a sign that promotes the shop’s services.

Oh, great, I think, it’s time to dance with the IRS again.

I don’t know why, but the idea of doing taxes terrifies me.

All those forms requiring detailed numbers and asking questions I don’t quite understand—there’s so much room for error!

The consequences of messing up are even more intimidating.

I’ve never been audited by the IRS (knock on wood), but I can imagine it’s a nerve-wracking process.

However, even crossing all my Ts and double-checking my math doesn’t guarantee an audit-free year.

As a tax novice, I decided to read up on the matter, and now that I’ve done some homework, it’s clear that a few factors make the IRS more likely to pay extra attention to your tax papers.

Here are 6 tips to avoid an audit:

1. Making Too Many Errors

According to Jeff Schnepper, a writer for MSN Money, one of the most common reasons tax forms get scrutinized is that they’re riddled with math errors, incorrect spelling, typos, and so forth. The first line of defense against an audit is not giving the IRS a reason to look twice.

Remember that the IRS receives financial records from your bank and anyone you’ve earned a paycheck from, so make sure that you’re providing that same information—numbers that don’t match up are suspicious.

Sorry, owners of small businesses and freelancers—the IRS tends to look closely at your information. First, it needs proof that you’re running a for-profit operation, not a hobby.

Second, it wants to make sure that you’re reporting income accurately and that the small-business deductions you take are accurate and fair (i.e., not claiming personal expenses as business write-offs).

Also, if your company’s taken a significant financial hit, that sets off a mini-alarm for the IRS, since it’s possible that you’ve been misrepresenting figures.

Sandra Block, a writer for USA Today who covered this topic back in 2000, recommends providing an explanation, along with tax papers, to avoid raising any red flags.

3. Not Fitting the Mold

The IRS uses a computer program called the Unreported Income Discrimination Function System to compare each person’s tax deductions and credits against what the IRS has determined is average for certain income brackets.

If your DIF score is considerably different from that of others in your category—as in, you earn $60,000 a year but reported a $40,000 charitable deduction—that’s a big IRS red flag, as CNNMoney.com staff writer Christian Zappone described in 20017.

The program’s main purpose is to scout out individuals who’re most likely to owe more money after further analysis.

Back in the day, a common complaint come tax season was that the rich or other high net worth individuals were somewhat protected from audits.

But these days, the IRS is more concerned with lowering the country’s astounding tax gap (the difference between taxes owed and taxes paid).

“If you’re a millionaire, you’re a lot more likely to hear from the IRS than taxpayers in any other income bracket,” IRS spokesman Terry Lemons told the Wall Street Journal in 2019.

The problem with both of these deductions is that too many people claim them for inappropriate reasons.

A home office isn’t just a room that you happen to work in once in a while.

And when it comes to job expenses, there’d better be a good reason why your bosses didn’t reimburse you in the first place, so it’s an iffy deduction right off the bat.

There are detailed rules for deductions, so unless you want a tax tangle in the future, don’t claim anything unless you know it’s right.

“The Examination Process,” an explanation of auditing on the IRS’s Web site, lists “information from compliance projects that indicates a return may have incorrect amounts” as one of the reasons for extra examination.

One Potential Solution: Protecting Yourself with Paperwork

Luckily, there are steps you can take to protect yourself if you fall into one of these categories. The best means of self-defense is a thorough record that backs up your claims. Keep receipts, bank statements, and all pertinent paperwork that proves that what you put on your tax forms is true. The book What the IRS Doesn’t Want You to Know details how long you should hold on to these records.

The IRS has up to three years after you’ve filed to audit, so keep that in mind when spring cleaning your office.

It may feel silly to save a receipt from two years ago, but if it relates to a suspicious deduction you’ve claimed, it’ll come in handy if the IRS comes knocking.

Information is power when it comes to protecting yourself from an audit.

If you recognize that there are factors that set you apart from the average taxpayer, send in tax forms with an explanation of the situation, via either a note or paperwork that serves as evidence.

However, there’s such a thing as giving away too much information that the IRS didn’t ask for, and that can slow down return processing.

If you feel that your tax information could lead to an audit, take your return directly to a tax-preparation professional’s office before you fill out any forms on your own.

You may think dealing with a professional is too much of a hassle, but it’s a far friendlier alternative than a stand-off with an IRS auditor. 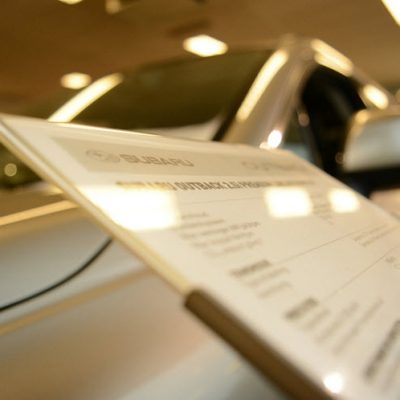